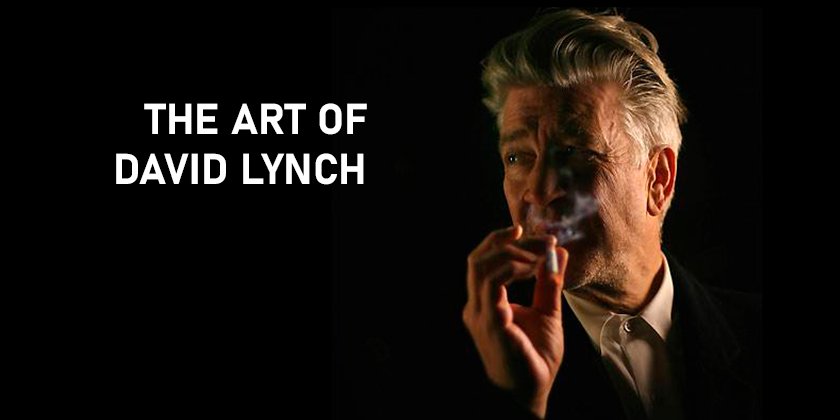 Many people know David Lynch for his films. It wasn’t until recently that I got introduced to David Lynch art; at one of his recent exhibitions at Home in Manchester. The exhibition featured 88 pieces of mixed media artwork reflecting the span of David Lynch’s work over the past 5 decades.

“My Head Is Disconnected” – David Lynch art exhibition in Manchester 2019

When looking at the mixed media paintings present in Lynch’s exhibition; My Head is Disconnected, we can’t necessarily find the recurring theme immediately. On closer inspection we can see that there are motifs which appear in his films across his career. The first motif that I saw was the Bob character. Bob appears in multitude ways in David Lynch art and not only. In one of his interviews David Lynch confesses that he got his inspiration for Blue Velvet’s villain Frank Booth while sitting at Bob’s Big Boy restaurant. Similarly, Bob is the supernatural source of evil in his Tv series Twin Peaks.

Additionally to Bob, the exhibition included the recurring motif of a character called Sally. Most of the paintings are contained within industrial backdrops while the materials used remind the viewers of his early films “Six figures getting sick”, The Alphabet and Eraserhead.

When we look at David Lynch films we can say with confidence that one of his main inspirations for his art are dreams. David Lynch never fails to capture in his work the mess that dreams are. Dreams are confusing and tricky and we rarely are able to grasp the meaning or the things that they try to communicate.

Good art is art which communicates. On the other hand Lynch argues that it’s important to sometimes stop trying to find hidden meaning:

“It’s better not to know so much about what things mean or how they might be interpreted or you’ll be too afraid to let things keep happening.”

Based on the visceral impact that Lynchian films and art have his statement stands true. It’s important to accept art and experience. Most of his shorts and movies can be interpreted as commentaries on society, Hollywood elitism or studies of the human dream. However, if we want to truly appreciate David Lynch art we must focus on the cruel sensations it produces.

I’m a digital marketer and video editor by day but my heart lies in the world of art and film psychology. Having worked with art galleries and artists I noticed a gap between artists and customers and a lack of experience and knowledge on how to close that gap. The EscapeArt project aims to help emerging artists navigate the art world as well as combine the arsenal of digital tools that can help you become a successful artist.

1 people reacted on this